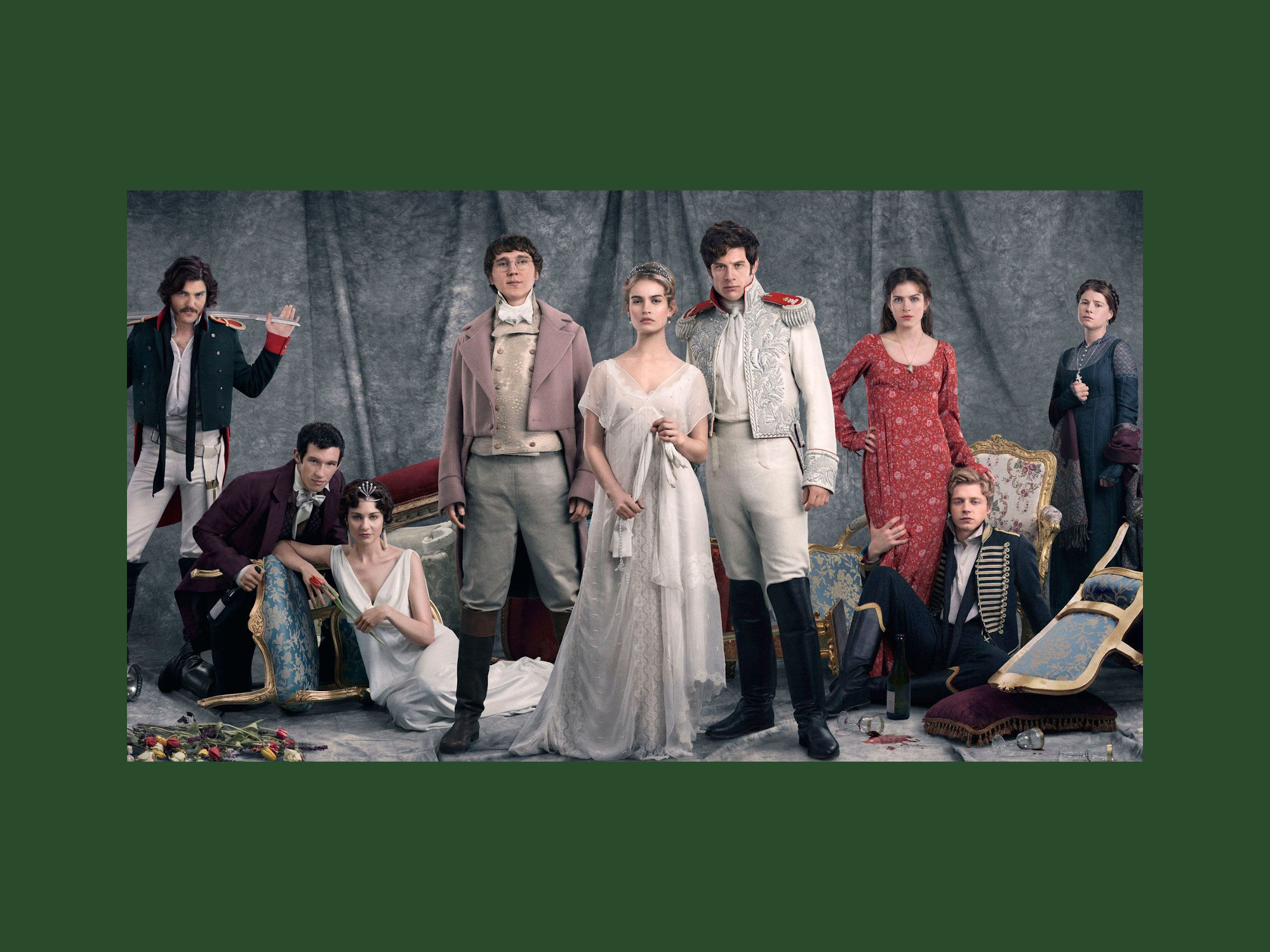 This is a crossover episode with the Second Decade podcast.

After partying in the future (or what was the future) in the last episode, Sean and Cody journey to the past, exchanging their grunge duds for waistcoats and cravats as they invade Russia in 1812. In War & Peace, the BBC television miniseries from 2016, Russian trust fund baby Pierre Bezhukov (Paul Dano) is so distracted with the long walks he takes to find himself that he stumbles onto the largest battlefield of the entire Napoleonic Wars. After someone leaves the iron on and reduces Moscow to ashes, Pierre straggles through the snow to find his way back into the Regency-era melodrama where his bae Natasha (Lily James) finds herself unexpectedly single. Environmental issues discussed include the Russians’ campaign of ecological warfare against Napoleon, the true responsibility for the Great Fire of Moscow, and Leo Tolstoy’s own brand of Christian anarchist environmentalism.

How was Napoleon’s invasion of Russia destined to be won or lost on environmental factors? Who really burnt Moscow and did they do it deliberately? Was Bonaparte a military genius or was he doomed to get his hots stomped in Russia? What kind of person would copy the entirety of War and Peace in longhand six times? How long is War and Peace, exactly, and why is it wrong to answer this question in terms of page numbers? Was Tolstoy an environmentalist? Has anyone ever done his masterpiece novel justice on the screen? Who was Andrei Rublev and why did the Soviets want to make a movie about him? All these questions and more are retreating from the field in a long shivering column for our inspection in this well-costumed episode of Green Screen.

The original television trailer for the 2016 BBC version of War and Peace.

Vasily Vereschagin’s 1897 painting Napoleon Near Borodino is a more accurate depiction of the French commander at the battle than is given in this series.

This map from 1817, five years after the disaster, shows just how devastating the Great Fire of Moscow was. The black areas are parts of the city that were still burned-out at that time.

The 1956 Dino DiLaurentiis version of War and Peace was much more concerned with romantic melodrama. This clip demonstrates the fatal casting mismatch of Henry Fonda and Audrey Hepburn. Still, the film was a financial, if not critical, success.

Sergei Bondarchuk’s immense adaptation of the novel, released in the USSR in 1966-67, has recently been remastered and re-released. Here’s a trailer incorporating highlights and footage.

The 1972 BBC version is decidedly smaller-scale. Here is the complete episode that encompasses the Battle of Borodino and the retreat from Moscow, starring young Anthony Hopkins as Pierre Bezhukov.

Here is the trailer for The Last Station, the 2009 romance/drama depicting author Lev Tolstoy’s final days and his tumultuous relationship with his wife Sonya. War and Peace is referred to several times in the film.

Georg Rockall-Schmidt, a YouTube film critic, examines the 1981 film Time Bandits as part of an analysis of the cinema of Terry Gilliam. The material on Napoleon, and Ian Holm’s comic portrayal of him, begins at 2:10.

Napoleon (Terry Camilleri) yuks it up with an ice cream sundae in Bill & Ted’s Excellent Adventure (1989). It is curious that Napoleon easily slides into a figure of comedy, but the same treatment of Adolf Hitler or Josef Stalin is much harder to pull off.

The header image from War and Peace is presumably copyright (c) 2016 by BBC-1. Its inclusion here is believed to be permissible under fair use. We are not the uploaders of any YouTube clips embedded here.