Sean and Cody return to China and the widescreen, stereophonic, you-definitely-can’t-see-this-on-TV epic cinema of the early 1960s as they delve into this Nicholas Ray-directed 1963 spectacle about the Yihetuan uprising of the late 19th century, known by imperialists as the Boxer Rebellion. In 55 Days at Peking, an enclave of colonial sahibs led by the dapper Sir Arthur (David Niven) and grizzled U.S. Marine Matt Lewis (Charlton Heston) seem bewildered to find themselves under siege by the 100 million or so Chinese who have inexplicably grown tired of Western powers stealing everything in their country that isn’t nailed down. When a Chinese fundamentalist sect in groovy red turbans attacks the foreign compound in Beijing, the Westerners fight desperately to win the day, and the eyeballs of viewers who might otherwise be home watching I Love Lucy. Environmental issues discussed include the ecological collapse of China in the late 1800s, the worst flood in recorded history, the environmental impact of Confucian family planning, and the awareness—or obliviousness—of Westerners to the environmental havoc they create when adventuring in faraway lands.

What was the so-called “Boxer Rebellion” and why is everything Westerners think know about it, including its name, a distortion? How can a movie whose plot is entirely based on an environmental disaster manage to avoid mentioning the environment for its entire 2½ hour run time? Why was the British East India Company the most evil corporation in history? What were the Opium Wars about, and why were they even worse than their name suggests? How did Confucius manage to screw up China’s environment centuries after he was dead? What were the contents of Charlton Heston’s pithy “note to self” that he wrote after making this film? Why did filmmakers always go to Spain in the 1950s and ‘60s to make big-budget historical epics? How did director Nicholas Ray become the most egregious victim of bisexual erasure in Hollywood? What 1964 picture is Ridley Scott’s Gladiator an uncredited remake of, and was the original better than the remake? Why would a remake of 55 Days at Peking/Beijing be the biggest picture of all time, Titanic for a new generation, and why hasn’t Hollywood (and Beijing) jumped on it? All these questions are ready to storm the walls of the Legations in this big budget epic episode of Green Screen.

Original 1963 trailer for 55 Days at Peking, restored in modern HD.

The opening scene of 55 Days at Peking introduces us to the Legations and the environmental situation of the film. We also get to see the lavish Legations set that was built (in Spain) by the filmmakers.

The battle over the foreign Legations in Beijing reaches its climax, and the Westerners are relieved by late-coming reinforcements in the final scenes of 55 Days at Peking. SPOILER ALERT: this is basically the end of the film.

Environmental History: China, the Yihetuan Uprising and Century of Humilitation

Larry Clinton Thompson, William Scott Ament and the Boxer Rebellion: Heroism, Hubris and the “Ideal Missionary,” McFarland, Inc., 2009 (source of the quote by Claude MacDonald on the environmental origin of the rebellion):
https://www.google.com/books/edition/William_Scott_Ament_and_the_Boxer_Rebell/5K9BN96p1hcC?hl=en&gbpv=0

Famous political cartoon, from a French magazine in the summer of 1900, commenting on the great powers’ imperialist designs in China. 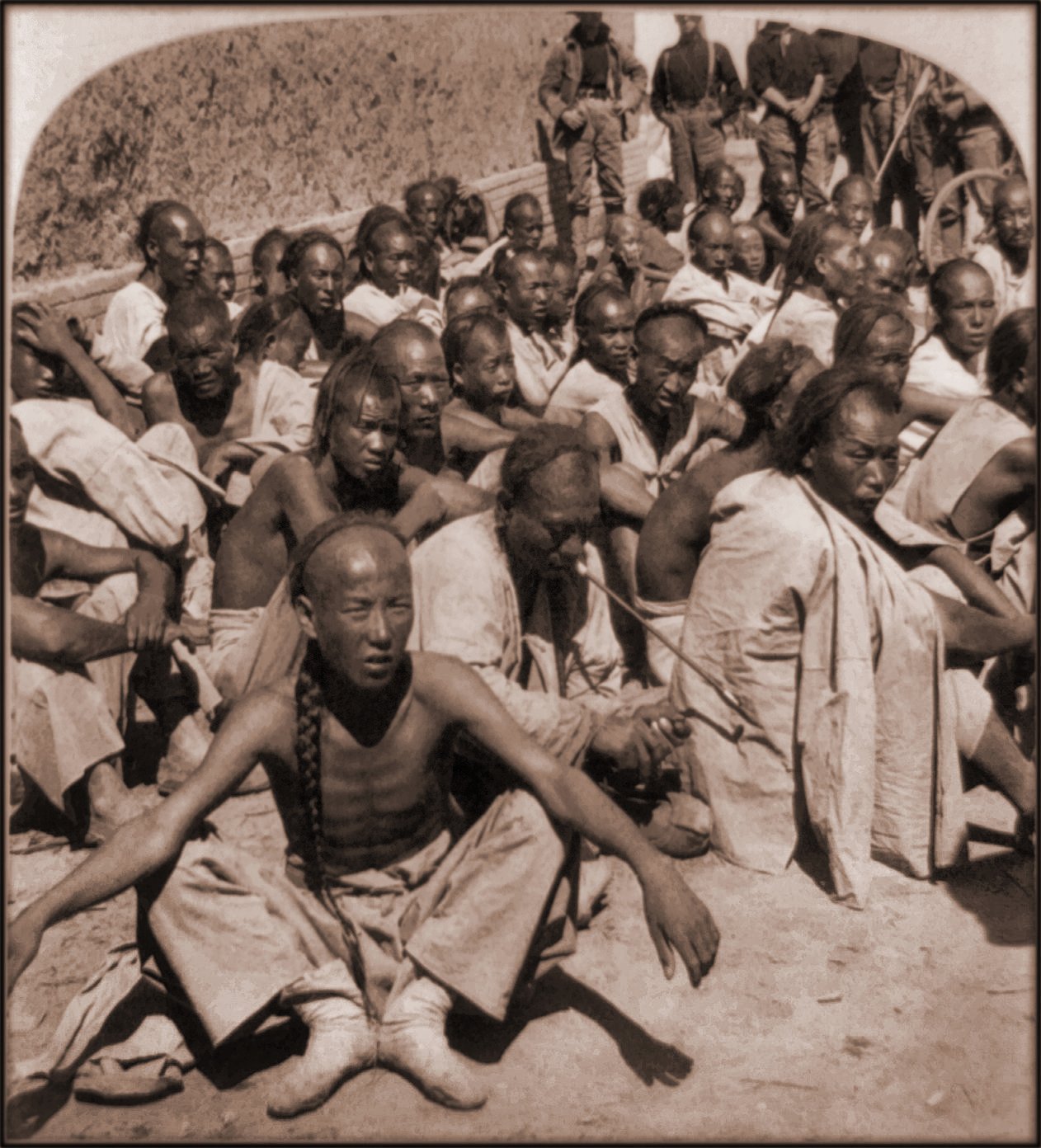 Chinese civilians, believed at the time to be members of the Yihetuan or “Boxer” movement, captured by U.S. Marines in China in 1901, a year or so after the Beijing legations battle. These may or may not actually have been Yihetuan.

Sean Munger, “Landscape of the Epic Past: A History of Spain in the Movies,” Sean Munger’s History and Culture Dispatches:
https://seanmungerhistory.substack.com/p/landscape-of-the-epic-past-a-history

Trailer for The Fall of the Roman Empire (1964), the sister production to 55 Days at Peking and also filmed in Spain. Although this film flopped upon release, it was remade in 2000 as Ridley Scott’s Gladiator.

Trailer for Solomon and Sheba (1959), a film also made in Spain, and worthy of comparison to the same year’s Ben-Hur, filmed in Italy.

Dimitri Tiomkin’s classic theme for The High and the Mighty (1954) incorporates the famous “whistling” melody.

Tiomkin also made an indelible mark on Westerns with his theme for the 1959 television show Rawhide. Vocals were done by classic Western recording star Frankie Laine.

The image associated with 55 Days at Peking is presumably copyright (C) 1963 by Allied Artists. Its inclusion here is believed permissible under fair use. We are not the uploader of any YouTube clips embedded here.