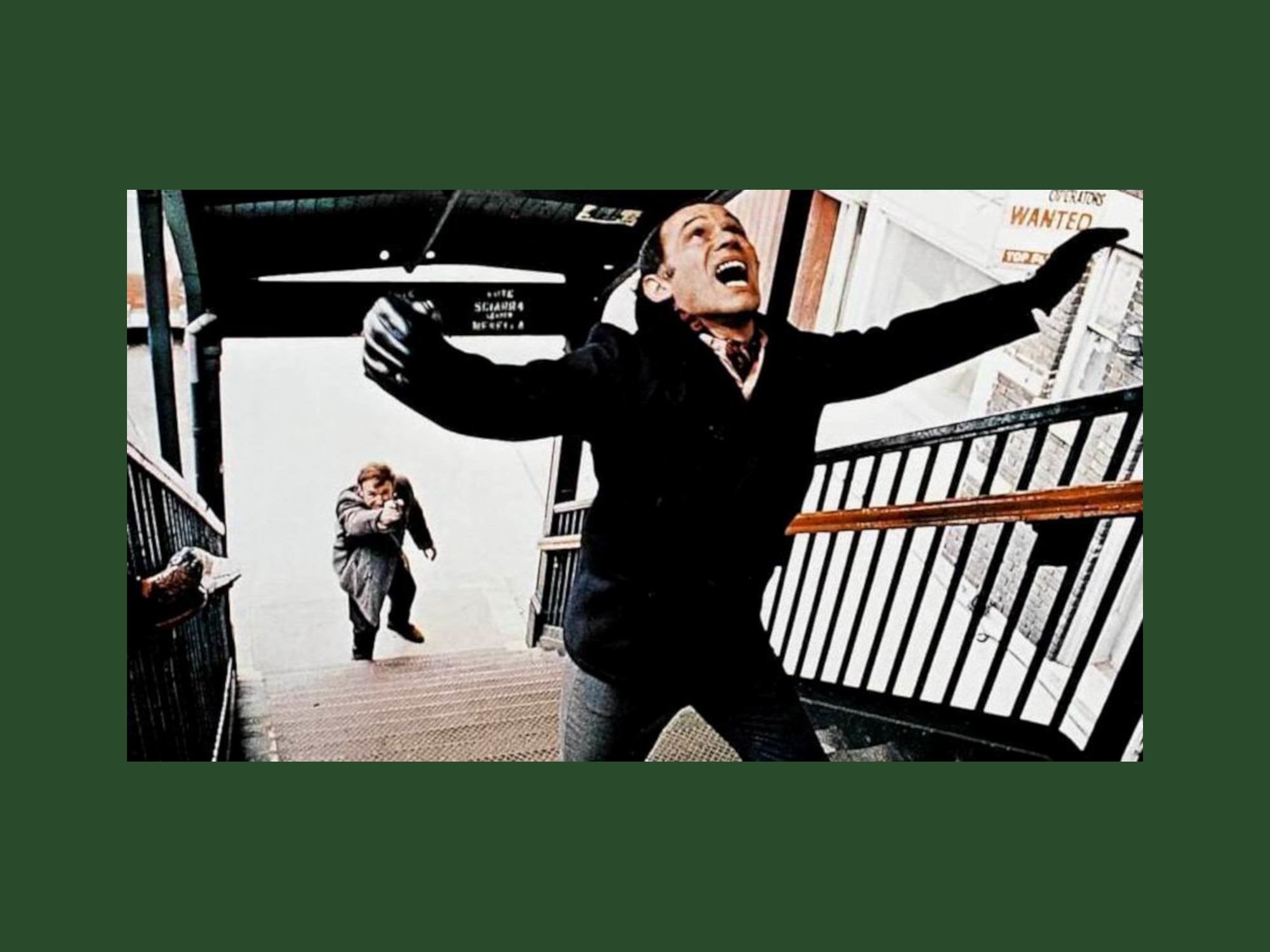 Sean and Cody descend into the crime-ridden hellscape of early 1970s New York to examine urban environments and how they played on the silver screen at the dawn of “New Hollywood.” In The French Connection, a thoroughly unpleasant unhinged racist cop (Gene Hackman) and his surprisingly rational partner (Roy Scheider) spy on a Mafia-connected high roller (Tony LoBianco) and figure that he’s up to no good. In fact he’s about to bring a huge score of magic white powder over from France, hidden in the innumerable crevasses of one of the ugliest cars ever manufactured. Will the cops shut down the French junk chute in time? Environmental issues discussed include de-industrialization and the decay of American inner cities, white flight and “redlining,” the geographic dimensions of the transatlantic trade in heroin, and more.

How did parts of New York, Detroit and other cities wind up resembling the ruins of Dresden after World War II? What did postwar federal mortgage programs have to do with drugs? Why did so much heroin come out of Marseilles in the ‘60s and where did it end up? How do you disassemble a Lincoln Continental down to the sub-atomic level and then put it back together so that no one notices? Why is Gene Hackman so angry in this movie? How do you film the world’s greatest car chase without permits? How did Tricky Dick Nixon rig the drug laws to make life miserable for people he didn’t like? What’s with that totally insane jazz music on the soundtrack? All of these questions will be thoroughly roughed-up, interrogated and booked on this episode of Green Screen.

Original 1971 trailer for The French Connection.

Here is Sean’s video on “The Places of The French Connection.”

Here is the interview in Harper’s in which John Erlichman, former aide to President Richard Nixon, admitted that the “War on Drugs” was an attempt to ostracize Nixon’s enemies: African-Americans and people opposed to the war. (A quote from this article is read in the episode; here is the source).
https://harpers.org/archive/2016/04/legalize-it-all/

Smack: Heroin and the American City by Eric Schneider (discussed in the episode);
https://www.amazon.com/Smack-American-Politics-Culture-America-ebook/dp/B00CC66FW2/

The Origins of the Urban Crisis: Race and Inequality in Postwar Detroit by Thomas J. Sugrue (mentioned in the episode):
https://www.amazon.com/Origins-Urban-Crisis-Inequality-Princeton-ebook/dp/B00HZ634E6/

The poster from The French Connection is presumably copyright (C) 1971 by 20th Century Fox. Its inclusion here is believed to be permissible under fair use. We are not the uploader of any YouTube clips embedded here.