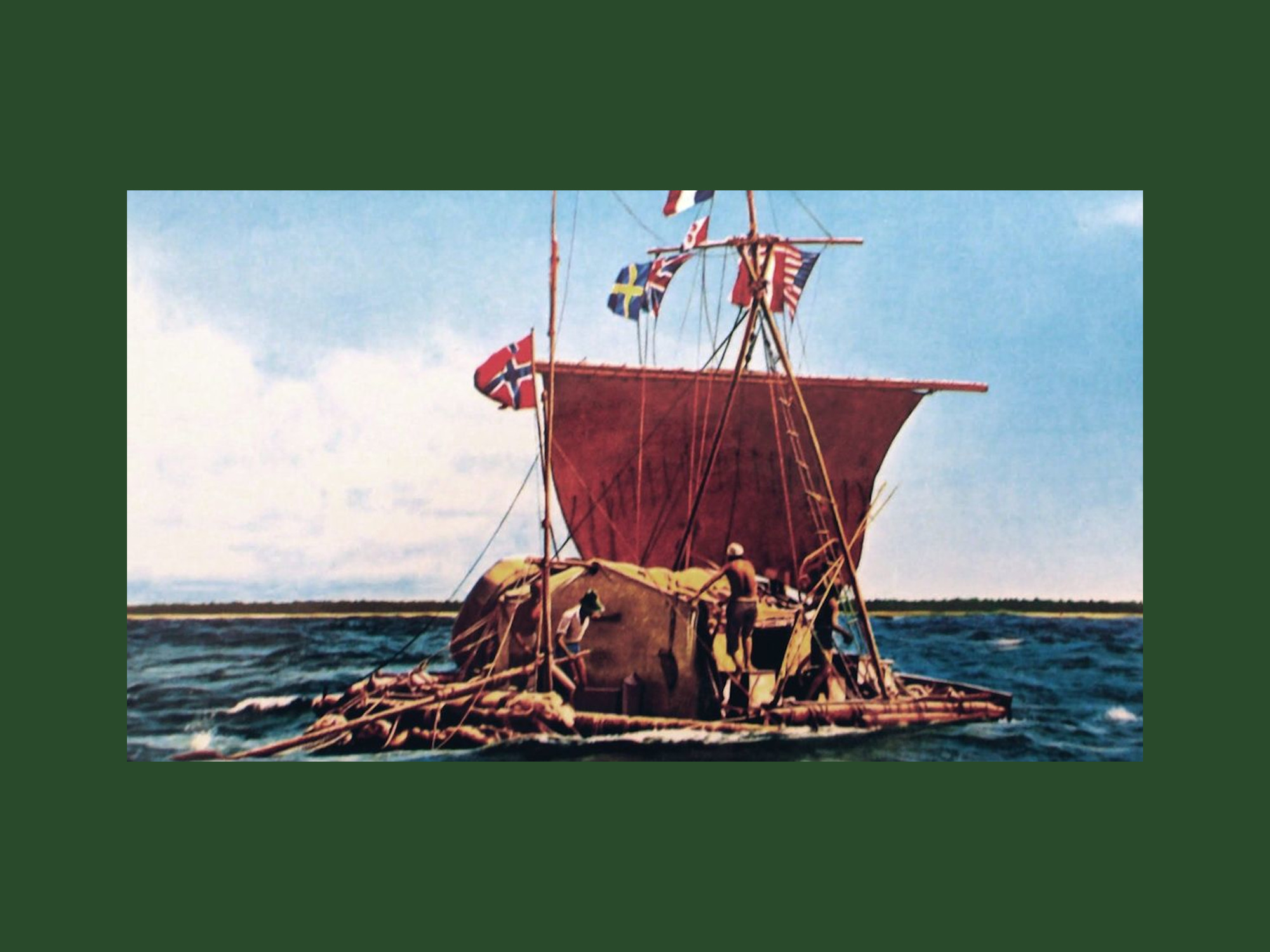 Parched from their trip to Arabia in the last episode, Sean and Cody exchange sand for surf in a rare double-header episode examining two different films on the same subject. In 1947, six buff Nordic adventurers set out on the Pacific on a tiny raft to prove a questionable theory about where the original settlers of Polynesia might have come from. The tale of their voyage was chronicled in the classic 1950 documentary and a 2012 Norwegian-made dramatic film, both titled Kon-Tiki. Environmental issues discussed include how the Pacific was vegetated and peopled in ancient times, the mysterious legacies of Easter Island, environmental history vs. pseudohistory, and European revisionism of indigenous origins and history.

What was Thor Heyerdahl trying to prove with the voyage of the Kon-Tiki, and did he really succeed? Why does Easter Island attract so many crackpot theories? What’s “Pacific island chic”? Who’s Velikovsky and what does his infamous book about bad astronomy have to do with the subject of these films? Why did the Nazis want people to believe in ancient aliens? Did J. Edgar Hoover try to tamper with the Academy Awards by loading up one of the categories with anti-Commie propaganda films? Why don’t any real Polynesians appear in a film ostensibly about Polynesia? These multi-varied questions and many more are all part of the adventure in this nautical episode of Green Screen.

Trailer for the 1950 documentary Kon-Tiki.

Trailer for the 2012 dramatic version of Kon-Tiki. 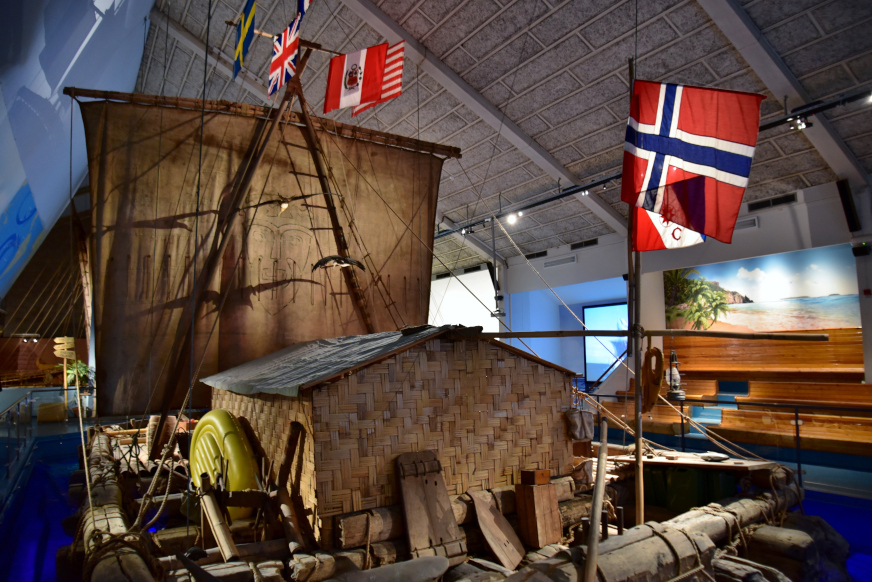 The Tangaroa Pacific Voyage of Summer 2006: Testing Heyerdahl’s Theories about Kon-Tiki 60 Years Later by Torgeir Saeverud Higraff and Betty Blair (a repeat of the voyage):
http://www.azer.com/aiweb/categories/magazine/ai144_folder/144_articles/144_tangaroa.html

Heyerdahl’s theory about the origin of Polynesian peoples was widely discredited during his lifetime (he died in April 2002), yet he continued to double down on it.

Heyerdahl, increasingly at odds with historical and anthropological consensus, tried late in his life to achieve validation by proving various other theories of indigenous origins–theories equally rejected by mainstream scholarship.

Many fringe theories about “ancient aliens” are profoundly racist, and various purveyors of them have ties to right-wing racist and neo-Nazi groups, as well as the original Nazis themselves who popularized these theories in the 1930s.

Sean Munger’s own video on why “ancient aliens” theories are ridiculous.

“Staring at the Sunn,” the episode of the podcast The Industry that deals with Sunn Classic Pictures and its historical revisionism (Sean is a guest):
https://shows.acast.com/the-industry-moviemaker/episodes/5ee26a8638436e7b319bf800

The entire film I Was A Communist For The FBI, which was Kon-Tiki’s only competition for Best “Documentary” at the 1951 Academy Awards.

The screenshot from Kon-Tiki is presumably copyright (C) 1950 by Artfilm or Sol Lesser Productions. Its inclusion here is believed to be permissible under fair use, as are screenshots from other productions. We are not the uploader of any YouTube clips embedded here.