Coming off the dreary climate change denial in the last episode, Sean and Cody go ape over one of the most iconic monster films in cinema history. In the original 1933 King Kong, greedy producer Carl Denham (Robert Armstrong) sails a crew of down-and-out ne’er-do-wells to the distant Skull Island to make a quickie exploitation pic. The whiteys quickly get more than they bargained for when they encounter the island’s landlord, a sexually frustrated giant gorilla who seems to have a thing for scream queen Ann (Fay Wray) and a lot of enemies among the prehistoric beasts on the island. Things really go tango-uniform when Kong’s headlining tour in the Big Apple takes an unexpected detour to a famous piece of Midtown real estate. Environmental issues discussed include the surprising myths about “jungle” environments, the ethnographic racism of National Geographic, the environmental impact of the Great Depression and the Dust Bowl, and the checkered history of the Empire State Building.

Do “impenetrable jungles” like the ones seen in this movie really exist, or are they just Hollywood fantasy? Why was it OK to show boobs and wang in National Geographic for most of the 20th century? Why did FDR send people out to plant a bunch of trees in the mid-1930s? How often do the natives of Skull Island sacrifice somebody to Kong? Does it happen every week, every year, or what? Could you really get a set of Scarface plates at your local movie theater in 1931? What’s Ingagi and why should you be grateful that you’ve never seen it? Do you need two hands to climb the Empire State Building? Why was the director of this picture bizarrely obsessed with gorillas? All these questions are ready to be gas-bombed, bound in chains and exhibited on Broadway for your listening pleasure in this monkey-business-filled episode of Green Screen.

Trailer for the 1938 re-release of King Kong.

Additional scenes from the film.

The battle with the T-Rex. This scene is discussed in the episode. And yes, she’s still screaming.

The scene everybody remembers. Notice, in the early part of this clip, Kong is clearly shown climbing two-handed. What’d he do with Ann? 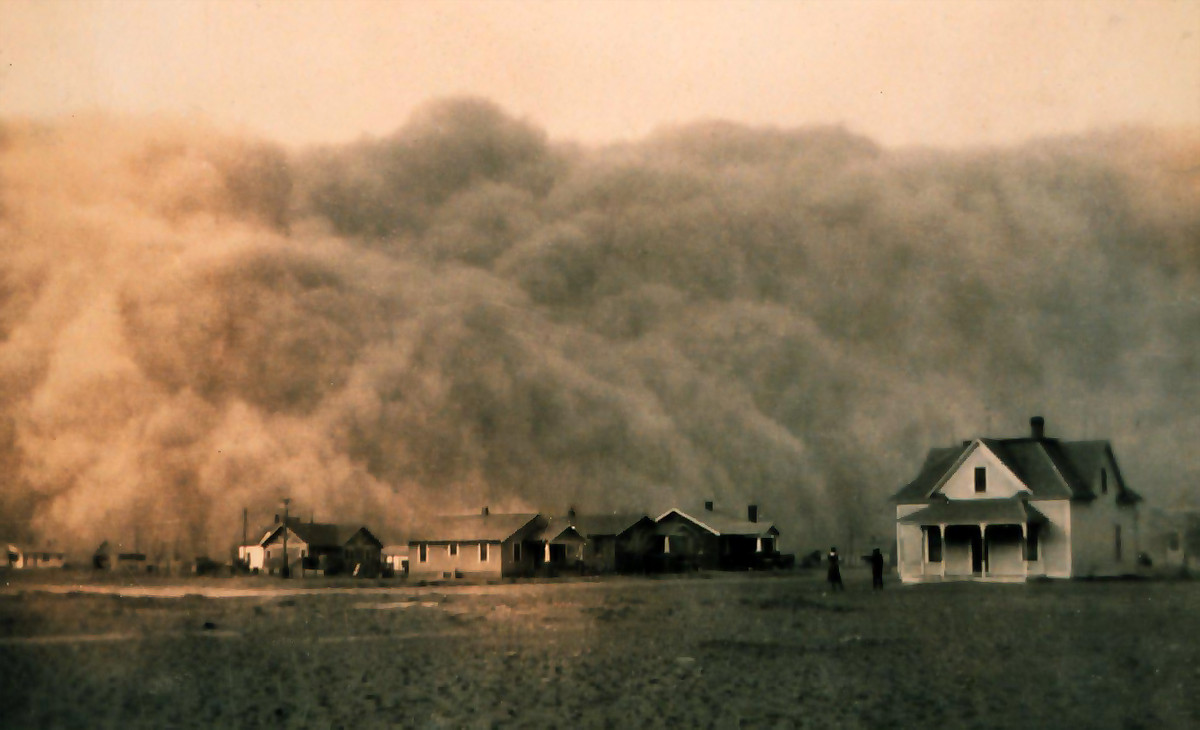 A dust storm in Texas, 1935. The Dust Bowl was a direct result of bad environmental and agricultural management. Its effects were exacerbated by the economic hardship of the Great Depression. 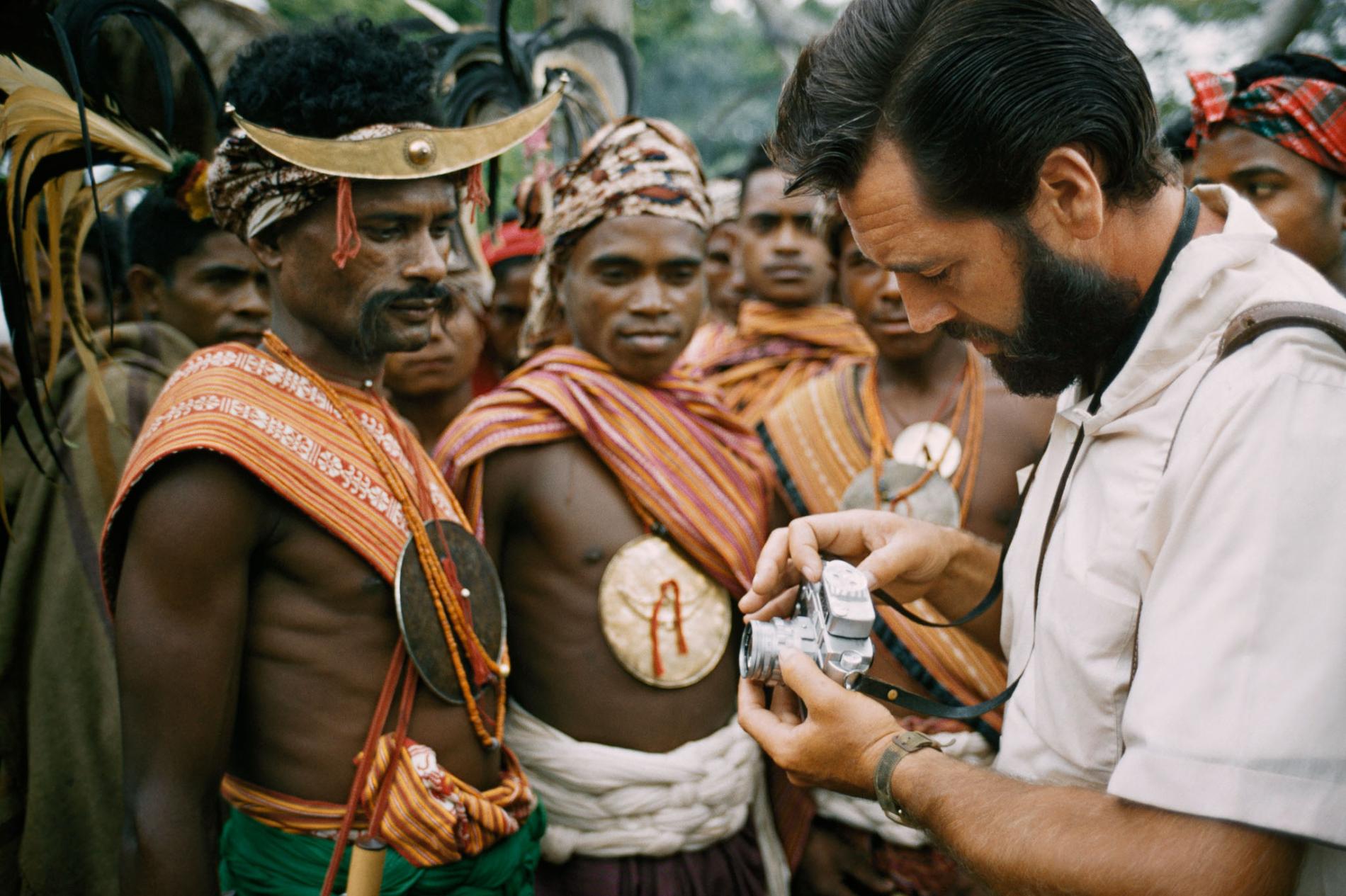 This photo was singled out (by National Geographic themselves) as an example of the “othering” they did of indigenous people of color throughout the 20th century, a theme that appears in King Kong.

Susan Goldberg, “For Decades, Our Coverage Was Racist. To Rise Above Our Past, We Must Acknowledge it,” National Geographic, March 12, 2018:
https://www.nationalgeographic.com/magazine/2018/04/from-the-editor-race-racism-history/

“The Führer Very Happy: Hitler’s Soft Spot for Greta Garbo or Dick and Doof,” Spiegel Geschichte, February 12, 2015 [You will need Google Translate to read this, but it discusses Hitler’s relationship with King Kong]:
https://www.spiegel.de/fotostrecke/hitlers-kino-fuehrer-faible-fuer-garbo-oder-dick-und-doof-fotostrecke-132203.html 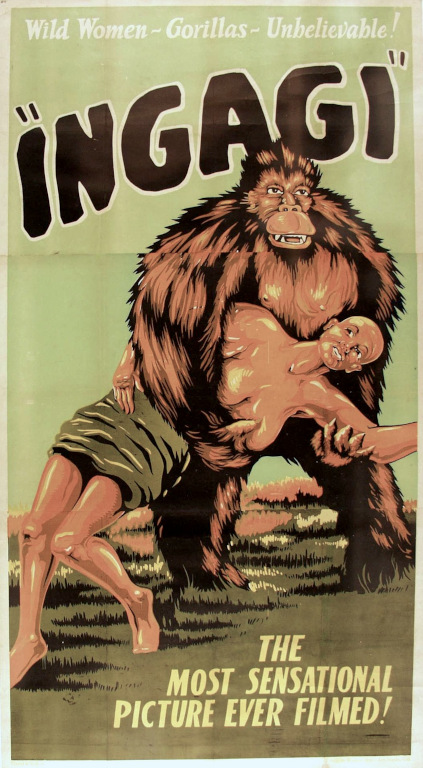 Poster for the 1930 racist exploitation film Ingagi. Even the poster is pretty awful. 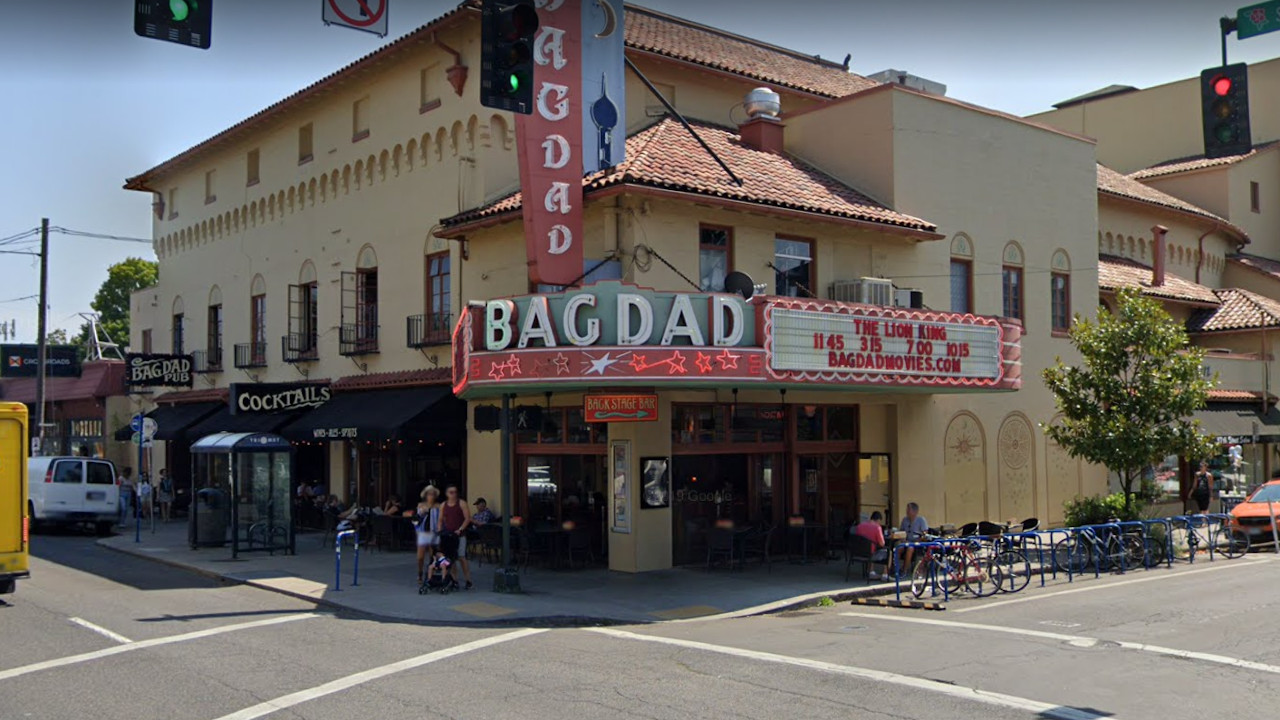 Google Maps view of the Bagdad Theater & Pub in Portland, Oregon, discussed in the episode.

Interior of the Bagdad Theater. It was originally built in 1927. King Kong almost certainly played here at one time or another.

The screenshot from King Kong is presumably copyright (c) 1933 by RKO Radio Pictures. Its inclusion here is believed to be permissible under fair use, as are images from other productions. We are not the uploader of any YouTube clips embedded here.

One thought on “Episode 14: King Kong”