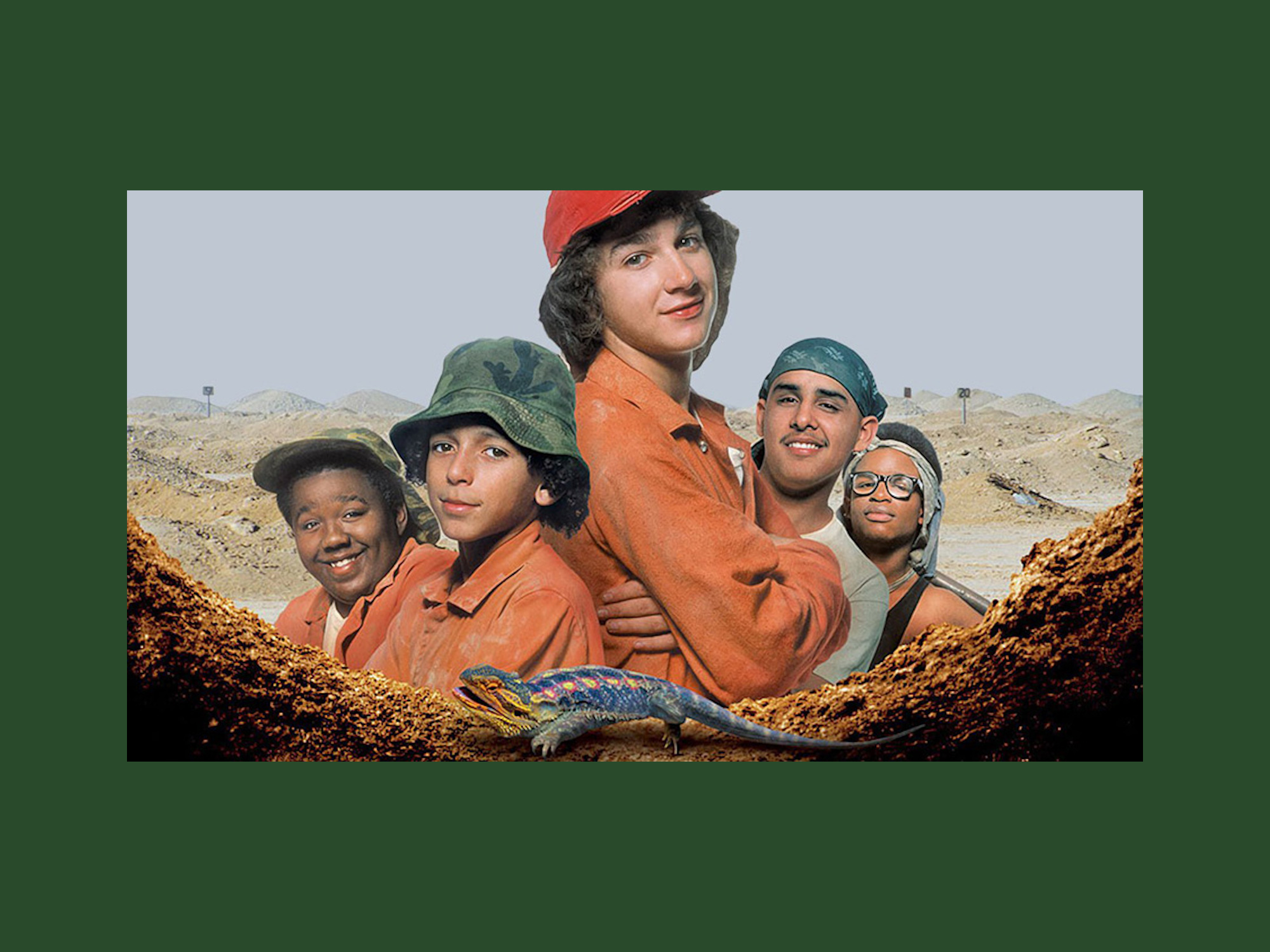 The hosts of Green Screen take a sentimental journey, in Cody’s case to the dusty plains of West Texas where he was raised, and in Sean’s to a transatlantic flight where he saw this film for the first time while hung over after a heavy metal festival. In Holes, a Disney adventure film made for kids in 2003, Texas teen Stanley Yelnats (Shia LaBeouf) is wrongly accused of swiping some superstar keds from a charity auction and is punished by being forced to dig a bunch of pointless holes at a prison camp in the desert. He thinks it’s because of his family’s bad luck, but he discovers he’s been drafted into the unpaid labor corps of the prison warden (Sigourney Weaver) in her search for the buried treasure of a Wild West outlaw who played kissy-face with a poisonous lizard and cursed the town to 100 years of climate change. Environmental issues include global warming (you should have guessed that), the environment of West Texas, its real-life curse to be ravaged by fracking and other forms of fossil fuel extraction, and the mismanagement of water resources in the modern West.

How is West Texas different from other parts of the state? Why don’t environmental historians study it—are they cursed or something? How do you pronounce “Shia LaBeouf”? When did lipstick start to come in tubes? Have we ever seen a Ku Klux Klan rampage before in a Disney film? Why do the hosts of this podcast re-watch this movie at the end of July every year? Why was Europe’s biggest heavy metal festival laid low by a disease endemic to cattle? How did the director manage to recreate a Mafia hit sequence from The Godfather and sneak it into a kids’ movie? What are the Marfa Lights? All these questions and more are ready to be unearthed in this onions-and-peaches-scented episode of Green Screen.

A “Then and Now” (as of 2018) round-up of the adult and child stars of Holes. Khleo Thomas obviously has a cursed portrait of himself somewhere in his attic, Dorian Gray-style.

Ty Cashion, “What’s The Matter With Texas? The Great Enigma of the Lone Star State in the American West,” Montana, The Magazine of Western History, 2005:
https://www.jstor.org/stable/4520740?read-now=1&refreqid=excelsior%3A1bd07eda83fc1fe7f17c995482ab7b7e&seq=3#page_scan_tab_contents
(Free sign-up to read)

Balmorhea State Park in West Texas, discussed in the episode, which is something at least resembling “Green Lake, Texas” of the movie. 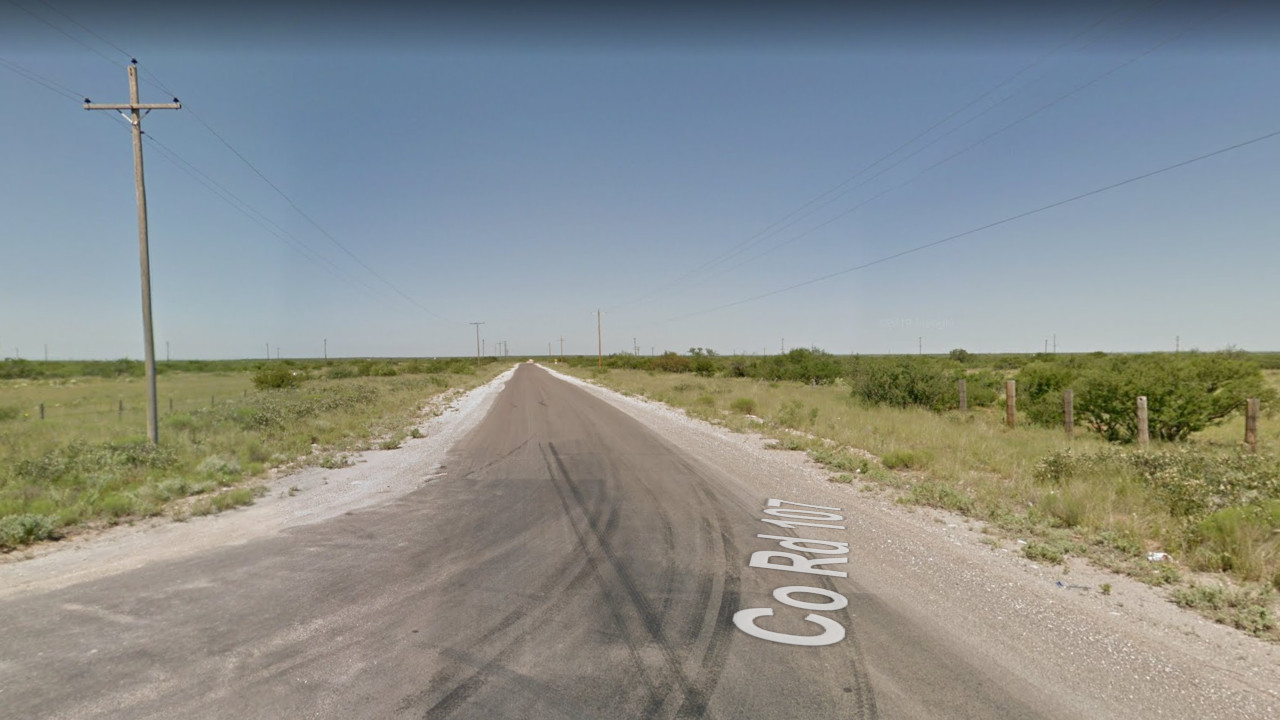 The real West Texas. Landscape not far from where one of the Green Screen co-hosts used to live. 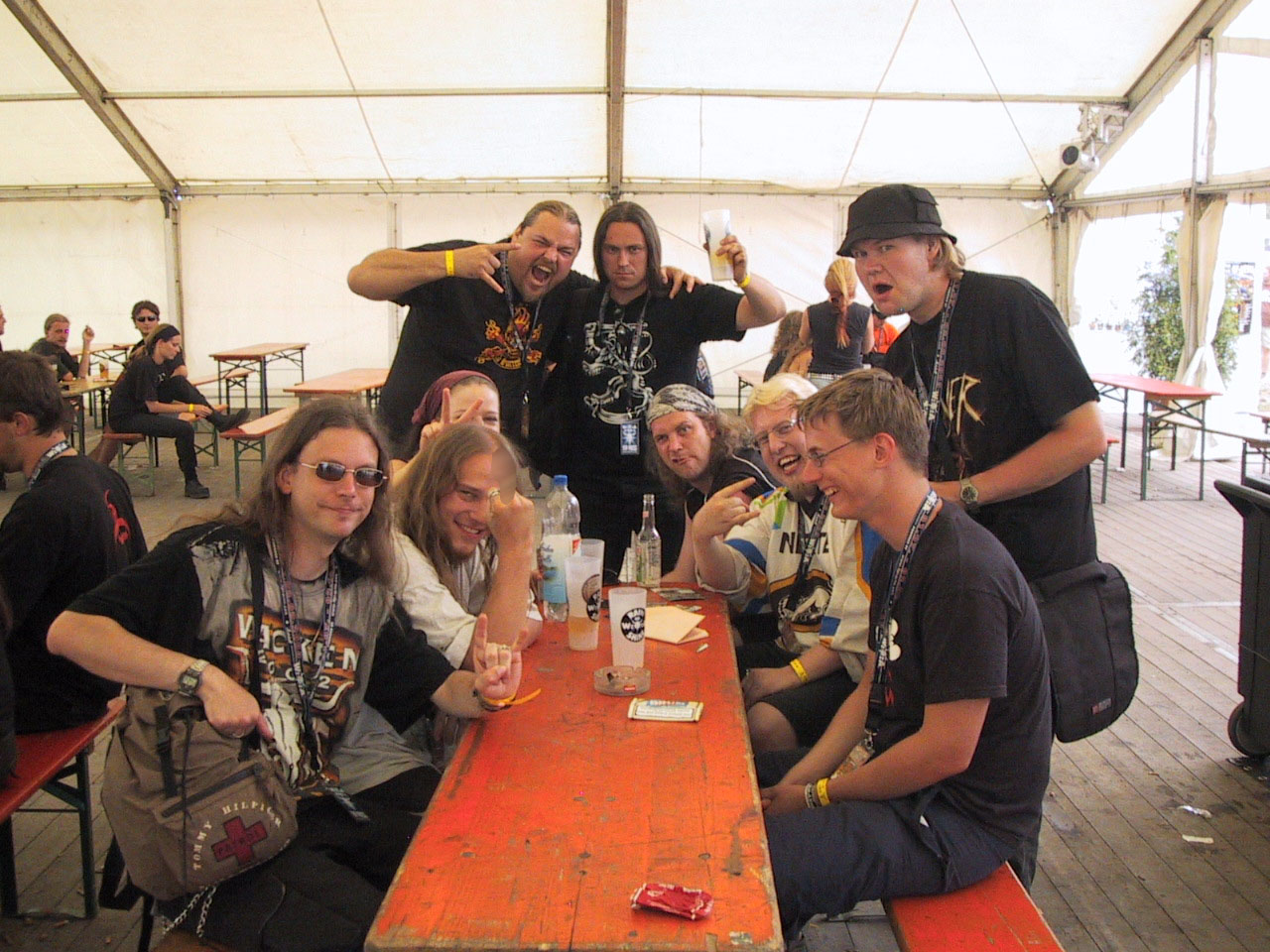 Future Green Screen host Sean (at left, in sunglasses) with friends at Wacken Open Air metal festival, 2003, the party he was recovering from while watching Holes on the transatlantic flight back.

Swedish melodic death metal band In Flames plays at Wacken, 2003. From the “Armageddon Over Wacken” DVD. One of the Green Screen co-hosts was in the audience.

This explanation was cut out of the episode for fear of running too long.

Before 2001, Dynamo, usually held in Eindhoven, Netherlands, held the claim as the world’s largest heavy metal festival. It began in 1986, four years before Wacken Open Air. Both were held in low-lying farmlands outside of urban areas. In 2001, a serious outbreak of hoof and mouth disease affected cattle in the British Isles. Although (usually) harmless to human beings, people can transmit the disease. Many European countries, afraid of people bringing the disease to continental Europe, restricted certain kinds of travel from Britain, or other countries restricted people from returning if they had been on a farm or in a rural area in Europe.

The organizers of the Dynamo Festival, afraid that British metalheads would bring the disease on their shoes, canceled the festival in the spring of 2001 a few months before it was supposed to occur. Wacken, however, was not canceled. Many metal fans got refunds for their Dynamo tickets and purchased tickets for Wacken instead. As a result, Wacken’s crowd in 2001 was the largest ever. Hoof and mouth disease turned out not to be much of a problem on the continent, but the damage, to Dynamo at least, was done. Dynamo was held again in 2002 but could never regain its fan base. It was canceled in 2003, limped along in 2004-05, and was canceled again for the next several years. Though it was revived on a small scale in the 2010s, Dynamo never really recovered from the hoof and mouth disease debacle, and most European metalheads were loyal to the Wacken festival, thus enshrining it as the world’s largest from 2001 on.

Comparison of Sam’s death scene in Holes to the murder of Fredo in The Godfather, Part II. As you’ll see, the congruence is too perfect to be anything other than a deliberate homage.

Contemporary (2003) interview with Khleo Thomas and Shia LaBeouf about the making of Holes.

“Dig It” by the D-Tent Boys, also known as the cast of Holes. From the 2003 soundtrack.

Trailer for Honey Boy, the semi-autobiographical 2019 film by Shia LaBeouf centering on his toxic childhood and relationship with his father. LaBeouf plays the father.

The screenshot from Holes is presumably copyright (c) 2003 by Buena Vista Entertainment. Its inclusion here is believed to be permissible under fair use, as are images from other productions.