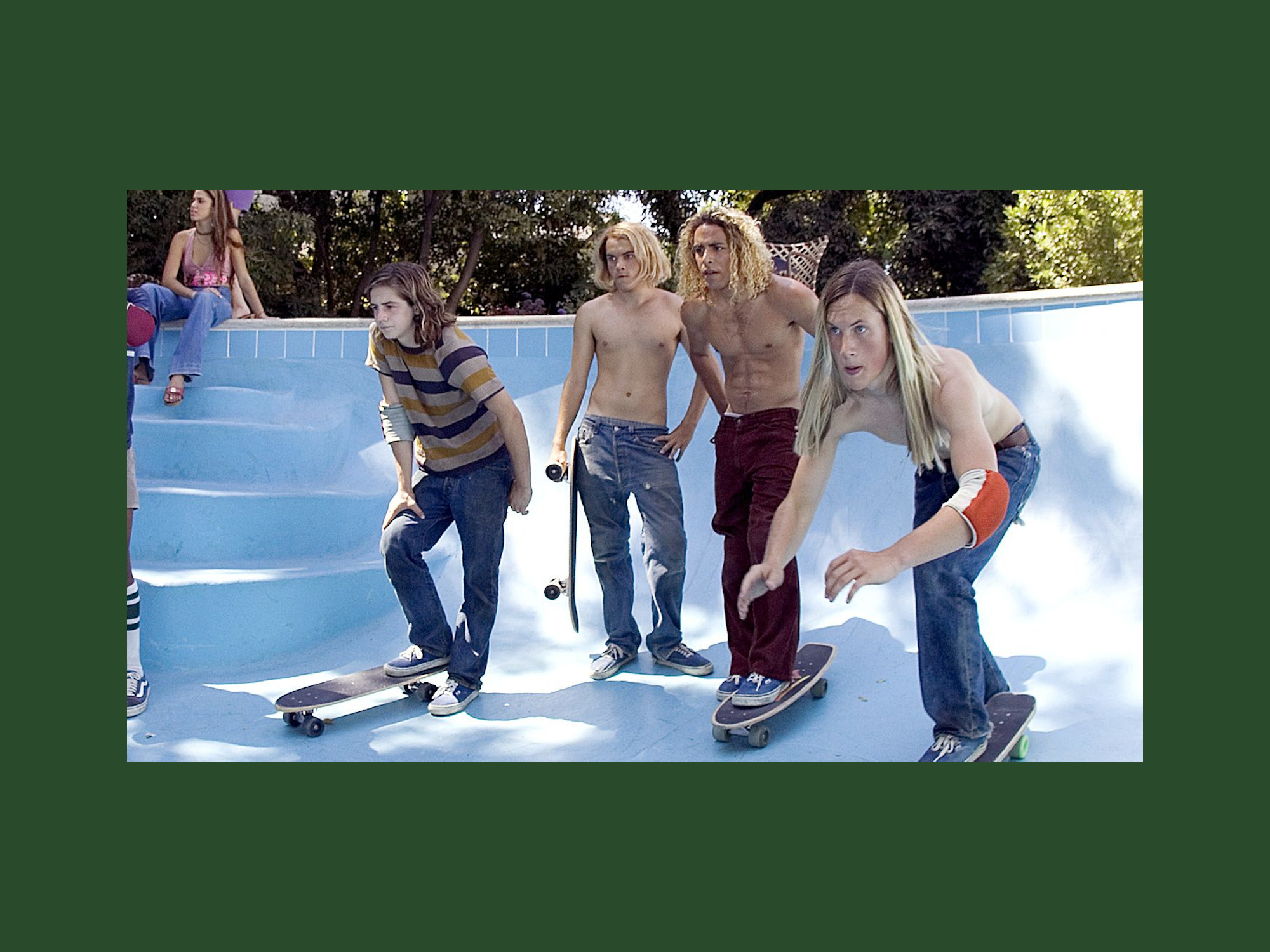 Sean and Cody exchange the gently-waving bamboo forests of China for the sizzling streets of Southern California as they skate their way into this 2005 sports drama, based on a true story. In Lords of Dogtown, urban surfers Stacy (John Robinson), Jay (Emile Hirsch) and Tony (Victor Rasuk) are having a sad in 1975 coastal California as the waves are flat and blown-out. But then spaced-out surf shop owner Skip (Heath Ledger) gets some groovy new plastic skateboard wheels and sends the boys out to carve up concrete and hopefully drum up some business. All it takes is the Dogtown lads and a drought of Biblical proportions to launch a whole new professional sport and cultural craze. Environmental issues discussed include the history of droughts in Southern California, the psychology behind water conservation, the rise and fall of amusement park piers, the linkage of pop culture fads to climate change, and the design of swimming pools and backyard gardens. This episode of Green Screen is uniquely dense with environmental history topics.

Would professional skateboarding exist as a sport if it hadn’t stopped raining in Southern California in 1976? Why is it a good idea to drop a brick into your toilet? How come people can be easily persuaded to conserve water in a drought, but they think having to wear masks in a deadly global pandemic is an unacceptable infringement on “muh freedom?” Would this podcast exist if not for the Internet Archive’s Wayback Machine? Why is the world plastic industry dying? Is the Sid character from this film based on a real person and did he really die of a brain tumor? How closely can you copy Disneyland’s rides without getting sued for infringement? Why is “urban renewal” a racist concept? What famous film director’s father did one of the Green Screen co-hosts once work for? Is this movie worth seeing or should you just watch the documentary? All these questions and many more are skating the half-pipe in this information-heavy episode.

Original 2005 trailer for Lords of Dogtown.

In the whole set-up for Lords of Dogtown, Sid (Michael Angarano) discovers the magic of plastic skateboard wheels, which opens up a whole new universe of possibilities for practitioners of the sport.

The Z-Boys find the California drought of 1977 very much to their liking, as all the pools in the area have been drained and are wide open for skateboard stunts. This uniquely environmental circumstance is the whole basic plot premise of Lords of Dogtown.

Drug-addled surf shop owner Skip Engblom (Heath Ledger) confronts existential mortality and the specter of commercial failure in Lords of Dogtown. The real Skip, still alive, was a consultant and adviser on the film. What Ledger needed was a better dialogue coach!

The former Z-boys, now scattered to the winds, return home to comfort their dying friend Sid. Spoiler alert: this is basically the ending of Lords of Dogtown.

This home movie, taken by Alma Ireland in 1977, shows what Folsom Lake was like at the height of the drought.

Meg McConahey, “At 60, the Donnell Garden Remains an Icon of an Era,” The Press Democrat, 2008:
https://www.pressdemocrat.com/article/news/at-60-the-donnell-garden-remains-an-icon-of-an-era/?gallery=2362394&artslide=0

Video reminiscences of Pacific Ocean Park from its brief heyday between 1958 and 1967. In the comments on the YouTube page, Boomers report weeping. 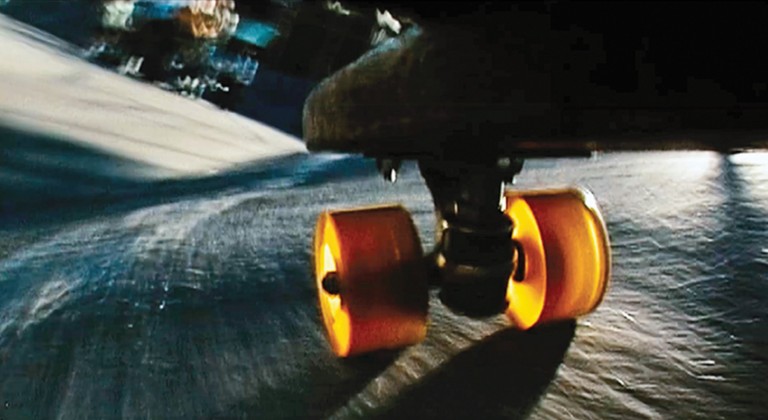 A shot from one of the “lipstick cams” used to capture the skateboard footage in Lords of Dogtown.

Trailer for Dogtown and the Z-Boys, the 2002 documentary, directed by Stacy Peralta, that this film is a companion piece to.

The still associated with Lords of Dogtown is copyright (C) 2005 by Sony Pictures. Its inclusion here is believed to be permissible under fair use. We are not the uploader of any YouTube clips embedded here.